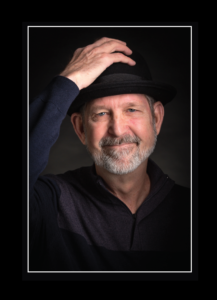 has published five novels, A Waltz (Lynx House Press), The Fifth Station (Algonquin Books of Chapel Hill; paperback, Collier/Macmillan), Little Peg (Atheneum/Macmillan; paperback, Harper Perennial), Hyssop (TriQuarterly Books; paperback, Avon), At the Gate of All Wonder (Tupelo Press); and a short story collection, The Complete History of New Mexico (Graywolf Press). His short fiction has appeared in Harper’s, Southern Review, Ploughshares, Missouri Review, and other literary magazines. His short-short stories and prose poems have appeared in The Scoundrel, The Collagist, Pif, Kenyon Review Online, The Cortland Review, Prime Number, r.k.v.r.y, Waxwing, and various online literary magazines. A collection of his prose poems and short-short stories, 57 Octaves Below Middle C, has been published by Four Way Books (October 2017). He has received a National Endowment for the Arts Fellowship in fiction. For twenty-seven years he was fiction editor and editor in chief of the national literary magazine, Puerto del Sol. He taught in the Warren Wilson College MFA Program in Creative Writing from 1987 to 2019; he taught as a Regents Professor of Creative Writing in the New Mexico State University MFA Program from 1981 to 2008. He has served as a fiction faculty member at national conferences, including the Ropewalk Writing Conference (Indiana), the Rising Stars Writing Conference (Arizona State University), the Writers at Work (Utah) Conference, and the Bread Loaf Writing Conference (Vermont). He has been a manuscript consultant for University of Nevada Press, University of Arizona Press, University of New Mexico Press, Indiana State University Press, University of Missouri Press, and other publishers. From 2017-2020 he served as a fiction editor for Orison Books. He served on the Board of Directors of the Council of Literary Magazines and Presses and the Association of Writers and Writing Programs. He has lived in Asheville, North Carolina since 2008.